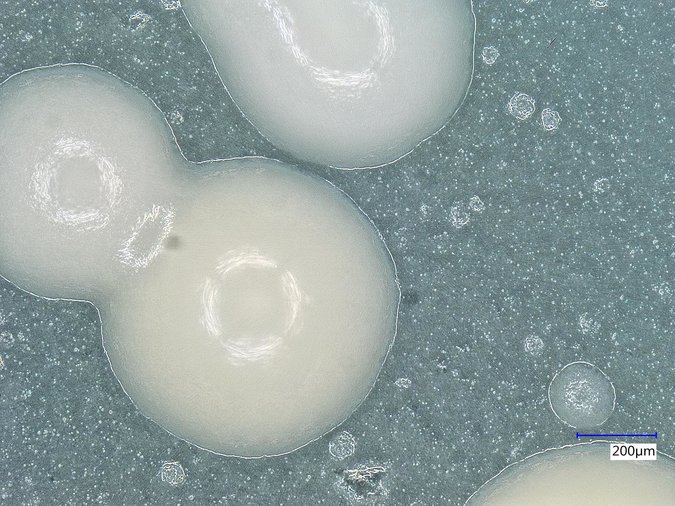 A form of yeast that was genetically engineered to produce various cannabinoids. CreditOliver Kayser

Researchers have revealedthat they’ve been able to genetically engineer yeast to produce the main psychoactive compound found in marijuana. In a similar process to how others have altered yeast to produce morphine, this new study shows how the microorganism be made to yield tetrahydrocannabinol, also known as THC.

In addition to THC, the team also claims to have engineered yeast to produce another compound found in cannabis, called cannabidiol (CBD), although this work is yet to be published. Synthetic THC in pill form is already used to treat a range of medical problems, such as alleviating symptoms suffered by both AIDS patients and those undergoing chemotherapy. This new process could make the production of THC for such uses more efficient, as well as allowing scientists to tweak the compounds in question.

“This is something that could literally change the lives of millions of people,” Kevin Chen, from Hyasynth Bio, a company that is also engineering yeast to produce THC, told The New York Times. There are, however, a few hurdles still to overcome. According to the research, conducted by scientists at the Technical University of Dortmund and published in Biotechnology Letters, the yeast still need to be fed precursor molecules to produce the THC and can’t yet work directly from sugar, which is less than ideal.

The success comes after a decade of coaxing engineered yeast to make the compound, employing the use of cheaper and faster DNA synthesizers to work out exactly which genes are needed to code for the right enzymes for the process to be effective. The study saw a THC-synthesizing enzyme from Cannabis sativa, the herbaceous plant normally used to make the drug, successfully expressed in two yeast species. The researchers have now teamed up with a bioengineering company, THC Pharm, to scale up the process and industrialize it. But they’re not alone in their ambition. In addition to Hyasynth Bio, there are many other companies trying to do the same, and crack the mass production of THC.

Others have, however, questioned the purpose of trying to make yeast produce the compound, when the plant already does it in a much more efficient way, with up to 30% of the dry mass of marijuana being THC. The main reasoning seems to be that it could help circumnavigate tight European laws on the growing of the plant. If the researchers can nail the process, though, it is hoped that it could then be modified to produce other trace compounds found in cannabis that could potentially be medically beneficial.