Two Norwegian teenagers have been arrested for bringing Easter cakes with massive doses of marijuana inside to school. Three teachers suffered from food poisoning and sought medical help.

The “joke” was revealed when several teachers and other employees of Lier Upper Secondary School experienced symptoms of a mysterious illness and found themselves having difficulty remaining on their feet, local media reported.

“They felt ill. They were dizzy and felt totally out of it. They were basically bedridden,” head of the local police Arne Lauvålien told Norwegian state broadcaster NRK on Thursday.

Nobody suspected the bakers until three teachers were taken to the hospital where blood tests revealed they were sickened by large doses of cannabis. At that point, suspicion fell on the Easter cakes. 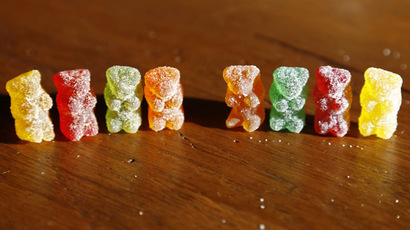 “When we began to unravel it, it became clear quite rapidly which of the cakes it had been. The school knew who had baked the special cake, so we were on the trail of the cake bakers relatively early,” The Local quoted Lauvålien as saying.

The students who brought the cake to school to share with their class were arrested the next day after the incident and charged with possession of marijuana. Both teens admitted to filling the cakes with cannabis.

Police questioned the students to find out where they had got the marijuana and what inspired them to drug their teachers and classmates.

“What we have here is someone who has not thought about the consequences,” Lauvålien said. “The teachers have actually been poisoned.”